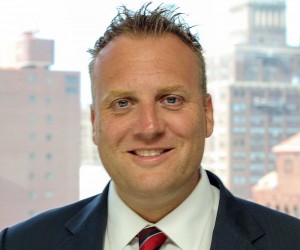 The Reformed Broker has provided no shortage of wisdom (and laughter) over the years.

Josh Brown’s blog, The Reformed Broker, is one of the most widely followed finance sites. It has become a time capsule — still in progress — for one of the most interesting stretches in financial history, where chaos, corrections, and technology converged. Although his posts generally cover timely events, they also contain some pearls of wisdom that are eternally applicable.

I’ve been reading Josh’s site religiously for the better part of a decade now and have bookmarked dozens of the articles I found to be most insightful over the years. Below are some of his best quotes that have stuck with me and will hopefully enlighten or inspire you as well.

How to write an investment newsletter: Emphasize everything that can go wrong. Relate to your audience – elderly men who are being passed by in this world and need the reassurance that the world is going down the tubes, rather than evolving without them. Gold mustn’t necessarily be the subject of each letter, but it should at least be alluded to or serve as the unwritten subtext.

From “Five Tips for Savvier Consumption of Financial Media”:

Before reading anything from a blogger, figure out his or her motivation for saying it. If the blogger writes for traffic or page views, stop reading because your author doesn’t actually care about what he’s posted other than the included keywords (Paulson! China! QE2! Depression! Crash! Blankfein!). You are wasting your time on something disposable and written for maximum distribution.

Stock tips can be fun and entertaining or costly and dangerous, depending on whether they’re used and how. A trading idea found on Twitter or StockTwits can be the starting point for one’s own research process, or it can be a smoking shotgun hole blown through the side of one’s IRA. That’s going to be up to the tipee to decide. The tipster will be oblivious to how his information was used.

If you have a poster of a shirtless Peter Schiff hanging over your bed…you might be a gold bug.

From “in which Downtown Josh Brown destroys the 1999 comparison”:

Anyone can find similarities in the stock market action of different years. It’s not complicated – stocks can really only do some combination of three things, up, down, or sideways. But this type of comparative analysis is, as always, a function of what details you choose to leave out. I can compare my house to the Taj Mahal if I choose to leave out quantitative factors like square footage or qualitative factors like its location or historical significance.

From “For the last time: Insight is not Advice”:

The guys that make statements like “I want YOU to be in XYZ stock” deserve to dodge the tomatoes as they’re thrown.

From “The Investor’s Elegy”:

Fear, envy, concern, nervousness, anxiety, and excitement are the permanent condition of those who choose to play this game. There is no escaping the fact that we live and work under one or another of these regimes at all times.

From “Good luck with that.”:

Never run with the herd. It’s much better to be all alone on open ground, running in the wrong direction and wholly conspicuous to predators. Good luck with that.

From “The Opiate of the Masses”:

Karl Marx had it wrong when he said that religion was the opiate of the masses. Portfolio gains are.

From “re: Safe Portfolio Assets”:

One year’s safety trade is another year’s banana peel. Throw all of your definitions in the garbage if they’re not flexible.

From “The Ten Crash Commandments”:

The moment you recognize the crash, kick the small caps, biotechs, emerging markets, etc. You must separate your feelings for a particular asset class, sector, or individual stock and recognize that the higher the volatility, the worse they’re gonna act in the short term. I have a prenuptial agreement with every position I put on, and we get divorced cleanly in a crash situation if need be.

Everyone is a disciplined, patient investor, entirely focused on the long term. And then an hour goes by.

This is Cro-Magnon Investor Man. He encounters a nuanced market opinion, and he immediately classifies it as a “buy” or “sell” call. He boisterously agrees with what he reads if it accords with his existing posture, or he shouts it down if it does not. It is a reflex. He cannot help it. He is stuck in a loop, incapable of rising above his base emotional responses to each opinion he comes across.

From “The Constant Correction Call”:

The constant correction call is noisy in bull markets, dangerous in bear markets, and of little value to most people in either case.

From “What’s a hedge fund manager to do?”:

And let’s be honest about the so-called “investors”… Most of them only like the idea of non-correlation but can’t stand the actual sight of it when the bulls are fornicating on the corner of Wall and Broad.

From “Ten Surefire Trading Rules To Make You Rich”:

Rules of thumb are there to help you. It’s important that you stay disciplined and stick to your game plan and be flexible and change things up when the market calls for it. Don’t get shaken out of a losing position, but also, you should cut your losses. Let your winners run, but pigs get slaughtered. Remember to sell in May and buy the Santa Claus Rally in time for the January Effect amid the best six months for stocks, hopefully during the second year of the Presidential Cycle.

From “Optimism as a Default Setting”:

The losers do get to win sometimes, too. But their victories tend to be Pyrrhic, as every calamity ultimately leads to opportunity when the dust clears…Nobody should be a “perma” anything. But if you must err to one side or the other, as a default setting of sorts, the right way to learn is obvious.

From “out of office reply”:

Anyone who refers to himself as a “financier” is full of [s***]. Anyone who wears loafers with no socks to a business meeting is going to steal from you.

From “AMERICAN IDLE: FIVE REASONS WE HATE THE STOCK MARKET”:

In short, I live with my face 6 inches away from the business end of a sentiment firehouse.

From “Make Yourself Useful”:

Make yourself useful. Then sit back and watch your boulder become a snowball.

From “The Lion and the Gazelle”:

It does not matter whether you are a lion or a gazelle. When the sun comes up, you’d better start running.

From “things the grandkids should know”:

A single bite of someone else’s pizza tastes infinitely better than if you were to have an entire pie in front of you, all to yourself. There’s a lesson here that is more about moderation and desire than it is about sharing.

Right now, there are a thousand skinny white outcasts and Asian kids out in Menlo Park, California, coding their [f******] heads off. You think they’re worried about fiat currency risk? Or the Fed minutes from November? Make no mistake, they’re just going for it while you’re reading about Portuguese bond auctions and letting the outcome dictate how you work and invest.

I’m sure there are some favorites that I’ve overlooked. Let us know in the comments below if there’s one that has stuck with you.