A Chicago-based issuer has launched a unique tactical ETF with the potential to dampen overall portfolio volatility.

Hull Tactical Funds has made its first entry into the US ETF industry, launching a product that applies a proprietary model to the S&P 500. The Hull Tactical Fund (HTUS) is an actively-managed ETF that takes long and short positions in the S&P 500 — typically through other ETFs — depending on various macro and technical indicators.

The fund has significant flexibility, ranging from a 100 percent short position in the S&P 500 to a 200 percent long position in the index. It may also have meaningful cash allocations; as of June 25, about 70 percent of the portfolio was the S&P 500 SPDR (SPY) with the remaining 30 percent in cash. On average, the fund is expected to consist of a 60 percent allocation to the S&P 500 and 40 percent to Treasury Bills.

The target allocations between these various asset classes are revised daily, while the model’s parameters are updated every 20 days using more than a decade of data. The model underlying HTUS will select the indicators deemed to be the best predictors of the S&P 500 over the next six months.

The issuer bears the name of its founder Blair Hull, who had previously started market maker Hull Trading Company. At its peak, Hull Trading executed 7 percent of index options traded in the US and approximately 1 percent of all shares traded on the NYSE. Goldman Sachs acquired the company in 1999 for $531 million. Hull has also dabbled in politics; after claiming an early lead for the Democratic nomination for an Illinois Senate seat in 2004, he was eventually overtaken by Barack Obama.

HTUS is most likely to be used to achieve exposure to the alternatives asset class, serving in a complementary role withing a portfolio. Because the fund has the potential to both make large allocations to cash and take a short position in the S&P 500, it has the potential to protect investors from steep market declines if the underlying model is able to accurately detect such market environments.

“Investing in the S&P 500 can be an uncertain game, but a disciplined and systematic approach can help you to outperform on a risk-adjusted basis,” says Hull on his firm’s first ETF. “Our aim is to help investors avoid another 2008 in their portfolios, with a strategy not available in ETF form until now. We want to provide investors access to hedge fund-like investing. Investors need a strategy to gain lower volatility exposure to the equity market, especially in today’s volatile environment, and we believe HTUS delivers just that.” 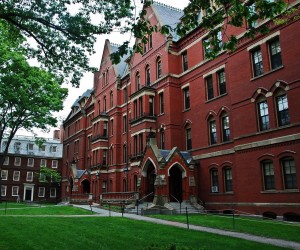