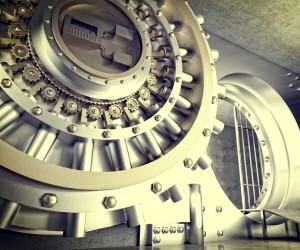 If the economy remains strong and rates begin to rise, senior loans could attract significant attention.

When the first bond ETFs began trading in 2002, the options were limited to relatively “plain vanilla” slices of the fixed income universe. In the subsequent 13 years, the bond ETF lineup has grown to include hundreds of products. And while the lion’s share of the assets are still in funds that seek to replicate the Barclays Aggregate Index or provide exposure to Treasurys, more exotic bond markets are now packaged within the ETF wrapper as well. In addition to high-yield debt, investors can buy up portfolios of bonds from overseas issuers and individual states.

Senior loans are another corner of the bond market now accessible through the exchange-traded wrapper, with a handful of ETFs targeting this niche. The most cost efficient of the group is the Highland / iBoxx Senior Loan ETF (SNLN), which has gathered about $320 million in assets since its launch in 2012.

Senior loans, also commonly referred to as “senior debt” or “leveraged loans” or “bank loans,” are different in several ways from the bonds that traditionally make up a core holding in long-term portfolios. Senior loans are often issued by banks to companies with non-investment grade ratings. This type of debt is often issued in connection with a leveraged buyout, a transaction in which a company assumes debt in order to acquire the outstanding shares and convert from a publicly-traded entity to a privately-held one.

As the name suggests — and the adjacent graphic illustrates — senior loans often receive higher priority than both common equity and other forms of debt in a company’s capital structure. In the event of a bankruptcy, holders of senior loans are typically first in line to be paid (though there are some notable exceptions to this priority).

Another distinguishing feature relates to the coupon rates; senior loans are typically floating rate bonds, which means that the coupons adjust as a reference interest rate changes. For bonds with fixed payouts, an increase in rates makes their locked-in coupons less appealing. Because the coupons on senior loans typically reset based on a reference rate every few months, any such adverse effect is short-lived. This feature is particularly important in the current environment, where interest rates are generally expected to begin rising within the next 12 months.

In other words, senior loans essentially compensate investors for taking on the credit risk of the issuers without exposing them to meaningful interest rate risk. Such an investment would potentially be appealing in an environment where the underlying economy is strong and rising interest rates are expected to decrease the value of long duration fixed income securities. The U.S. economy may be entering such a phase now; jobs reports, consumer confidence, and other economic indicators have painted a generally rosy picture, while lofty bond prices leave little upside potential among traditional fixed income investments.

Compared to traditional high-yield debt, senior loans typically have lower yields and higher recovery rates as a result of their relative positions in the capitalization structure. They also exhibit lower interest rate risk thanks to the floating nature of the rates.

The credit risk component of these securities, of course, cannot be ignored. Senior loans tend to act more like stocks during bear markets; many funds lost 30 percent or more in 2008 when stocks plummeted. In that sense, senior debt likely won’t serve as a source of protection in turbulent market environments, a role many investors expect their bond allocations to play.

Senior debt is often issued by highly leveraged companies, and can thus carry some risk. The SNLN portfolio includes several companies that have been the targets of leveraged buyouts in recent years.

Texas Competitive Electric, for example, is a utility company that was formerly known as TXU Corporation until a $45 billion leveraged buyout led by KKR in 2007. Struggling to meet its obligations, the company filed for bankruptcy in 2014. While rising interest rates don’t impact the competitiveness of senior loan coupons, they can increase the debt service costs of the issuers and drive up the likelihood of bankruptcy.

Of course, not all leveraged buyouts go belly up. Despite some scares during the financial crisis, Hilton’s buyout was ultimately a massive success for investors.

SNLN is linked to the Markit iBoxx Liquid Leveraged Loan Index, a benchmark that consists of the 100 largest and most liquid senior loans. Through May 2015, the ETF has delivered an annualized return of approximately 3.5 percent since its launch.

Senior Loans in a Portfolio

Because senior loans can experience significant declines in bear markets, it would be foolish to consider this asset class as an alternative to traditional fixed income in a portfolio. Rather, senior loans should be considered as a more tactical allocation that can deliver meaningful current returns without exposing investors to interest rate risk. 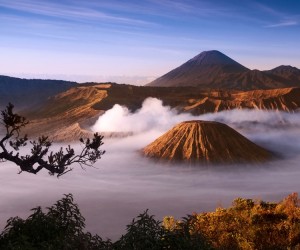 Interview with Mebane Faber, Author of The Ivy Portfolio and Shareholder Yield By Andy Hagans